I don’t much care if my boss is reading this – I need a good rant. I’m facing two deadlines, one concerning my job next Friday and one concerning something that isn’t really my job but I’ve been handed the Friday after. So I offered to take some of my work home over the weekend and work on it at home, if I could get ‘comp time’ for it.

Oh, that (and a compressed/alternative work schedule) is too much ‘crazy talk’ for my organization. I can come in, if I want, but I don’t want – I want(ed) to be able to do a couple of hours on Saturday and a couple of hours on Sunday but noooo that’s asking too much. Plus if you’re looking very much in a mercenary fashion, the government is not going to compensate me for the drive in (40 minutes) or back out.

I’ve given up caring. I’ll put in my 8 hour days and maybe a bit longer but I find it harder and harder to give a damn. I just hope that I at least get interviews for the couple of jobs I’ve applied for.

…to better subjects. To get the bad news over with first, I weighed myself Monday and hadn’t lost a pound…quite the opposite. I don’t understand. I could get quite discouraged. Especially since Monday I walked 50 minutes, Tuesday 51, and today 52. The last few minutes were grueling all three days. Today was especially boring because I forgot my iPod and had to listen to the basketball players yelling at each other. Only a few hotties, but that’s quite normal (and hotties aren’t what I go there for anyway).

I have to say though that I am so proud of myself. Monday I worked late and then drove by Gaffney Sports Center (where I normally work out) and there was no parking whatsoever. So I decided to go over to Costco and get some gas, which I did. Now as I was filling my tank, and as I was driving away, all I could hear was this little voice in my head saying “just go home just go home just go home” – I mean, I wanted to go on line, watch TV, blog for you gentle readers, and I sure as hell didn’t want to go to the gym. At all.

Another little voice, however, kept saying “you know you’ll feel rotten if you don’t.” I tried – I honestly tried, to drive past the exit for Fort Meade off the parkway, but I drove back to base. And there was still no parking whatsoever. Whoohoo I’m off the hook!

Darn my memory. I remembered there are actually two gyms and I could see into the cardio room of the second one (Murphy Field House) from the parking lot…so wishing I was doing anything else but that, I drove over to the second gym and oh damn wasn’t there a treadmill free. Long story short I wound up working out despite really really really wishing not to!

Is it just me or is it utterly insane that Heath Ledger’s death could be called an ‘accidental’ overdose? He was taking oxycodone, hydrocodone, Valium, Xanax and some sleep medications all at once. To get those he had to have “accidentally” lied to at least one doctor and at least one pharmacy. Then he had to have “accidentally” taken all of them despite the knowledge available to any fool that any of them is a drug which acts on the brain. He may not have wanted to kill himself but to call it “accidental” is IMHO utterly ridiculous.

(What’s the bet the Scientology nutjobs decided to parade this about as evidence of the evils of psychology – the Westboro Baptist Church whackjobs have already called Ledger an advocate for sodomy and whatnot.)

Here’s our Dirty Guy Mike Rowe, this time in a dangerous job – preparing to dive for sharks! Click him to see him up close and personal.

And here’s some fun bloopers with him, just to prove that although he’s a nearly perfect DILF, nobody’s perfect. And I think his sexiness comes from his self-confidence that allows him to get filthy and laugh at himself. Don’t you?

I’d never have enough of it to let anyone take pictures like these of me…but then I don’t look much like Rafael Laus. 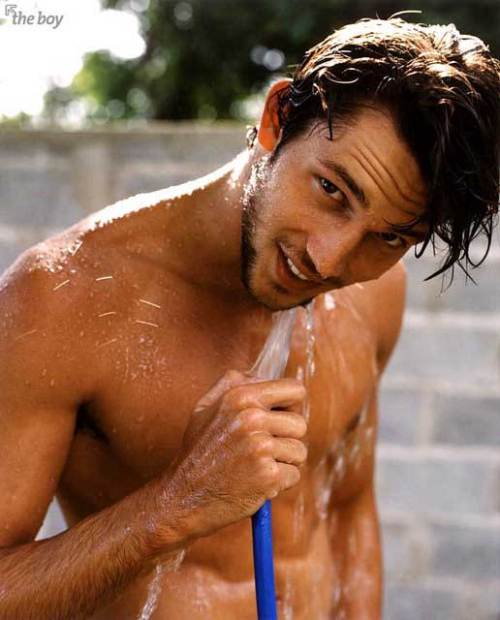 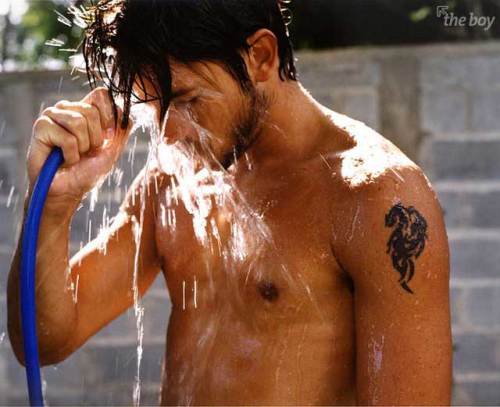 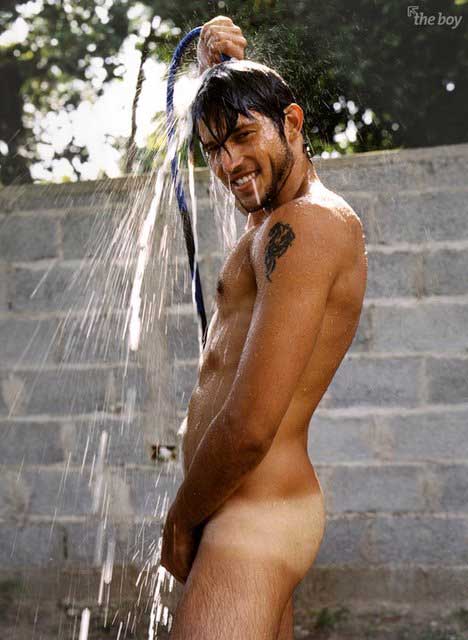