These last few days have been a bit of a tease here, with spring-like temperatures that led C and me to visit the towns Chesapeake Beach and North Beach for a picnic. I was also further testing my Pentax ME Super and the lenses that came with it. I think I need to go to eBay or something to get a decent zoom and flash.

Smelling blood but finding little we went also to Circuit City to see if anything worthwhile was discounted. Alas, nothing I wanted or needed, and I have to admit I feel bad about all the employees who will soon be out on the streets with no prospect of a quick new job.  I have to wonder if all the talk, all the bad news on the TV and radio and in the papers isn’t making things worse; those of us fortunate enough to be in work are getting the message that we shouldn’t part with our money for fear and worry so our wallets snap shut and stores lose more sales and factories more orders.

I also have to wonder if the ‘consumer engine’ hasn’t petered out a bit because of that, and because after the wild spending of a few years ago, people who do have means have, well, everything they want for the time being. I mean, absent any huge new product that if they can have, people have to have, what out there is tempting enough to get people interested, if they are already worried about their income or even if they’re only worried because everyone else seems to be.

All this of course is not to poke fun at people who are genuinely in hard times. Hard times suck. There’s no two ways about it. Socially, crime goes up, our cities look dingier as improvement projects are shelved, our infrastructure gets worse, and our common lives become that bit more dirty and dangerous. I’ve only been personally tight money wise a few times so I can’t really say what it’s like, thank God, on a long-term basis but from what I’ve experienced, it’s horrible. It’s embarrassing if you can’t at least keep up with friends’ spending habits, isolating if you can’t afford to be social, frightening as you realize that any thing at all that goes wrong could mean utter ruin, dangerous as you put off medical treatment that you need, and corrosive as you feel yourself slipping out of the mainstream of our shared culture, as so much of what you depend on, or like, or enjoy, slips away.

Yes, you can have fun without spending money and yes you can socialize without going out, but it’s that bit less fun when you have no choice.

And this fear, this isolation, this worry and danger are going on all over our ‘rich’ country to millions and millions of people. Right now.

We bandy about words like 11.6 million unemployed so easily, I think because the first and only ‘real’ number in the phrase is four. It’s just eleven. Right after ten. Not much, it doesn’t seem like.

But you have to think in terms of what does it take to get to that 11.6.

And those 11,600,000 people who are out of work aren’t buying stuff that other people make, aren’t getting lunch out (mmm lunch out!), aren’t paying much in taxes to build roads, they’re being wasted. Their efforts, their skills, their potential purchasing power, all squandered. I won’t go into why (greed) or the wherefores of all this but damn, it seems that maybe the markets, our free system, isn’t always so very efficient. It’s produced so much human wreckage and immiseration and its apologists love to label that a ‘downturn in the business cycle.’

Don’t get me wrong, I am not an advocate for a planned economy; they suck too, in a different way. They teach cheating and stealing as survival mechanisms, their dismal apogee is the starvation in North Korea, a country which at its very very best is much more terrifying and dangerous and shabby than ours at its absolute worst.

What really bothers me, after thinking about all those people who are going to bed tonight (if they have a bed) worried and nervous and angry, is that I seriously doubt that we (not just America, we don’t need to don a hair shirt) will really learn what we did wrong and not come awfully close to doing it again. I liked the boom. I liked not having to front 20% of the price to get a house. I liked my house doubling in value in a ridiculous amount of time. I didn’t know at the time how much I’d miss seeing houses go up, corporate office parks filling with corporate office workers. (It’s as if a evil witch heard people’s bitching about the perils of growth and, waving a magic wand, shrieked “Then you shall have none of it!” And now we have none of it).

I guess the good times were a tease, just like this weather. Ah well, it’ll soon be time to bask in real warmth, time for lounging around in our swimming things, just like Matus Valent here… 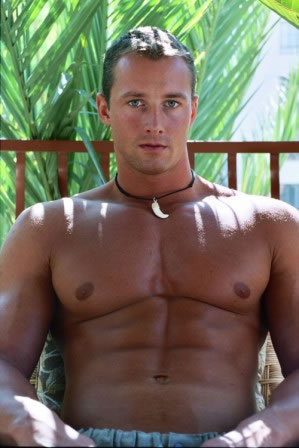 (As usual, just do your trick with your mouse and Matus will grow, right before your eyes…)

Until things pick up I guess we’ll have to just smile while we wait, like Chris Evans here: 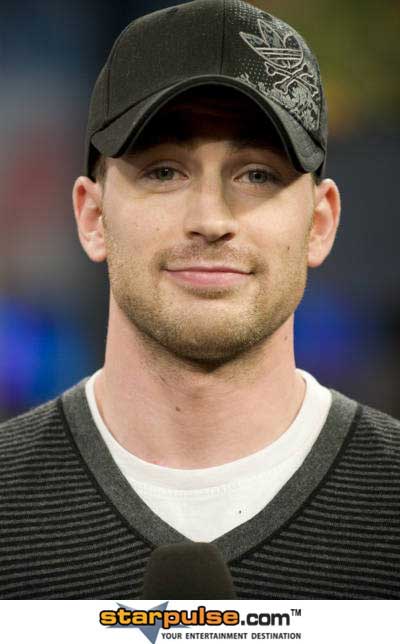 One response to “A Tease”