Quite some time has passed since I journaled. Sitting here watching Joe Dallesandro in “Flesh” and he’s awfully hot. But not sure about the production values of this sort of Andy Warhol film. Anway.

I had my normal elevator dream. In this dream I’m at a big office building where I don’t quite belong. I’m nervous. I take an elevator up but it’s the ‘wrong’ elevator, not that I knew that, and it opens up onto a floor I’ve never been on…and one where I’m not really allowed to go. Everything on this floor is ‘special.’ I should have a proper badge to be on it, but I don’t. The floor is very metallic and shiny but not objectionably so, and the people there are taken care of much better than me. I want to be of them, but I’m not/can’t be. So I get back on the elevator before I get told off (people are eyeing me suspiciously) and it’s another ‘wrong’ elevator. This one is frightening; it doesn’t go up and down as much as horizontally and in a loop. And I realize with some dismay (more than fear) that this elevator not only is the wrong one, it’s the one that goes out of the building and down the street.

So I swoop and loop on an elevator/thing on stilts, through the construction lot near the office building, and at one point the elevator stops. Even though I’m far far from my office I get out and find myself in this mall-like place. And I have the impression that I’m with friendly people now and they all thought I knew about this place. It’s long and dark and has lots of glamorous stores all along it. Then it turns into a sort of hallway, narrow, and low-ceilinged, and hemmed in with stalls and restaurants that sell all sorts of ethnic and interesting foods. It’s very crowded and I have to return to go to work but I can’t wait to return. It ends up with me walking through a very plain cafeteria / convenience store, and wondering if I can get a cold cut sub or something (having walked past all the exotic things I go for a cold-cut sub with mayo on a chewy roll).

Sometimes I’m trying find a place to meet people (mum?) for lunch in the mall and I can’t find it – it’s on the very top floor and you have to find a special elevator. Or sometimes I find a great marvellous grocery story with millions and millions of great things all affordable. Again a very very low ceiling and darkness, which opens up to great light.

Quite often the place is crowded but there’s no noise. Often there’s dark brown bricks, very seventies. And it’s all half empty of sound but not of people. Except I keep finding myself in places off to the side where there are no people.

Other times there’s the best best best stationery store in the world. It’s on multiple floors and I am having a ball buying all these things. Pens and pencils mainly.

Sometimes, though, the place I go is in a bad/dangerous area and it’s dark out and I need to get to a car or a place of safety.

I think the mall is Beltway Plaza. Or Free State Mall (as was) and the office building is the Hoffman Building(s). I’ll go into this more later. 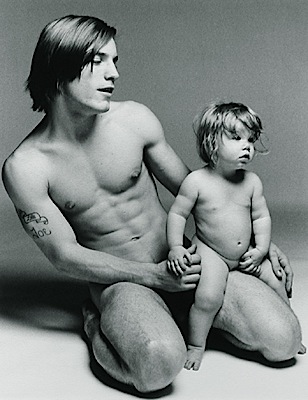