A quick update from Wednesday, 17 March.

Went to get blood work done, on appointment, left lab slip @ home. So we got up and got there early and all and just after signing in, I realized — no lab slip. Grrr!!!!

Took C to Plato’s for brekkies.

Home (lovely day) and then to work. Work unremarkable. C an asshole about people needing large cars and how they shouldn’t and all. You know, people like me. Fuck him.

Futzed around but finally found my lovely (well semi-lovely) waterman pen C bought me. Will try to use it @ work/home. But then again, there are non-fountain ones that are very very good and want to get a box of them.

C home late, but I went straight down here. But now I’m tired and stuff.

Didn’t exercise, again. 😦 Ate too early. Must not do that tomorrow night.

Other than that, not much. Feeling fat. Our new scale won’t be here until Tuesday at the earliest.

Slade Smiley was on the OC reunion. I think he’s very dishy. Here he is showing a new use of a friendly neighbourhood sock.

First, I guess, the bad. My mum has been diagnosed with a stage 1 infiltrating ductal cell carcinoma, less than 1 cm long. This kind of growth is typical, and typically easy to cure; the five-year survival rate is 98% which is pretty good, all things considered (see below). On the phone she was talking a brave line but let slip that my dad cried when he got the news. However, they are going to go to Florida to settle on the condo there, only they may be back quicker so mum can have the lumpectomy and start the radiation therapy that is the standard treatment for this type and stage of cancer.

That seems so strange to type in connection to a loved one. It was hard to say it on the phone. I still don’t know what to do; should I do the same as I’ve always been doing, or call more often or take her out to dinner tomorrow evening before they go off to Florida, or what? I’d let my ‘heart be my guide’ but it’s not always reliable. I just called again to see if they wanted to go out to dinner with C and me tomorrow evening.

Thank you for any prayers and good wishes you can spare her and the family.

The Good (and the Ironic)

I took my Framingham Risk Assessment Tool with my last blood work measurements (bp 122/60, cholesterol 198, HDL 43, and I have a calculated 1o-year risk of a heart attack of 2% (i.e., two percent of men with my same characteristics had a heart attack within ten years of taking the risk assessment). Now, this is good, especially since the results, in a UK study, seemed to indicate that the test overestimates risk in otherwise healthy low risk populations, but I have to remember that I got here, especially the improved cholesterol level, via all the things such as exercise I’ve been doing in the past year or so. Ironically, this isn’t so far off my mum’s survival rate.

Which should make me think.

About not skiving off the gym tonight, although it’s been since last Thursday that I went and I’m bound to be a bit more puffed than usual. 😦 I hate this but it’s my own fault and my own fault alone. I chose all the avoidance of the treadmill, and now I must live with the consequences. It’s really rather simple. And so even though I would love to go home tonight and watch a movie, I’ll go and try to do 40 minutes or so, and start building back up to 60 minutes five times a week. We’ll see. 🙂 It’s nice because it’s warm-ish, because it’s spring, and spring makes one think of the start of baseball. Here’s Matus Valent pretending to be a baseball player…

Here he is lounging by his mum’s pool, apparently counting how many girlfriends he would have on the show (sort of Jo De La Rosa and some Canadian he imported – does something that fine have to go international to get lucky these days?)

(You have to really be disappointed that they didn’t have him do one of those semi-homoerotic spilled glass of milk all over my chest poses, don’t you. That’s not his pool because his mummy, who was bragging about how she had a house for each of the children, just sold his condo for him. Or for herself since minor league ball doesn’t play that much and Shane’s not employing his other assets to earn the odd buck or two. Just saying, is all, he could bankrupt a few ageing queens if he wanted. Especially since random club lovelies mistake him for K-Fed and he loves it….) 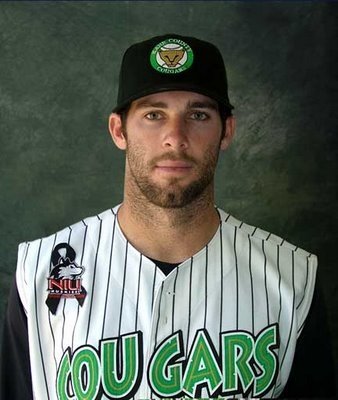 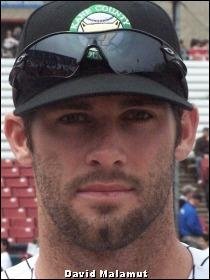 Now, I know there has been some controversy about how foully he treated his mummy when she showed up with a camera crew and obsessive control freak friend at his game, but I also remember feeling sorry for him when he graduated high school. His dad and mum pushed him so hard into baseball (his dad and grandad were both pro ball players) that they didn’t care about his academic progress; he himself said that school was nothing to him compared to basseball, and so he was only a little bummed out when his mother and father both blew off his graduation because they were too busy with work. Oh, how I wanted to comfort him as he lay there in the pool….

And no matter how foul-mouthed he is I’d take his unself-conscious sexiness over relentlessly self-promoting Slade Smiley any day:

(Who would you pick? The Studly Slugger or the Smoothie with the Smile?)